16 year old Ikumu whose parents are Kenyan immigrants performed a show-stopping rendition of And I Am Telling You by Jennifer Hudson leaving everyone in London’s Palladium theatre and those who watched at home star struck.

She belted out the song leaving the audience gasping and wondering what happened to the shy school girl who just a few moments before walked on to the stage.

Immediately after her performance, she received a standing ovation as the audience rose to its feet including the judges Simon Cowell, David Williams, Amanda Holden and Alesha Dixon.

Even before the audience were done with their applause, Simon reached out and pressed the golden buzzer sending the teen and the audience into delirium.

The golden buzzer sends Ikumu straight to the to the competition’s semi-final.

As the golden confetti showered Ikumu who was jumping up and down excitedly, her family rushed to the stage hugging her and sharing the golden moment.

Ikumu was born in Milton Keynes and started singing from an early age of 5. When her parents relocated back to Kenya for about two and a half years, she attended Riara Springs Primary school which is situated at Imara Daima off Mombasa Road where she continued singing.

The Twitter world was also on fire after her performance in the British talent show which aired on Saturday night.

Many were in awe of the stunning performance showering her with praise. Here are some of the tweets from show watchers. 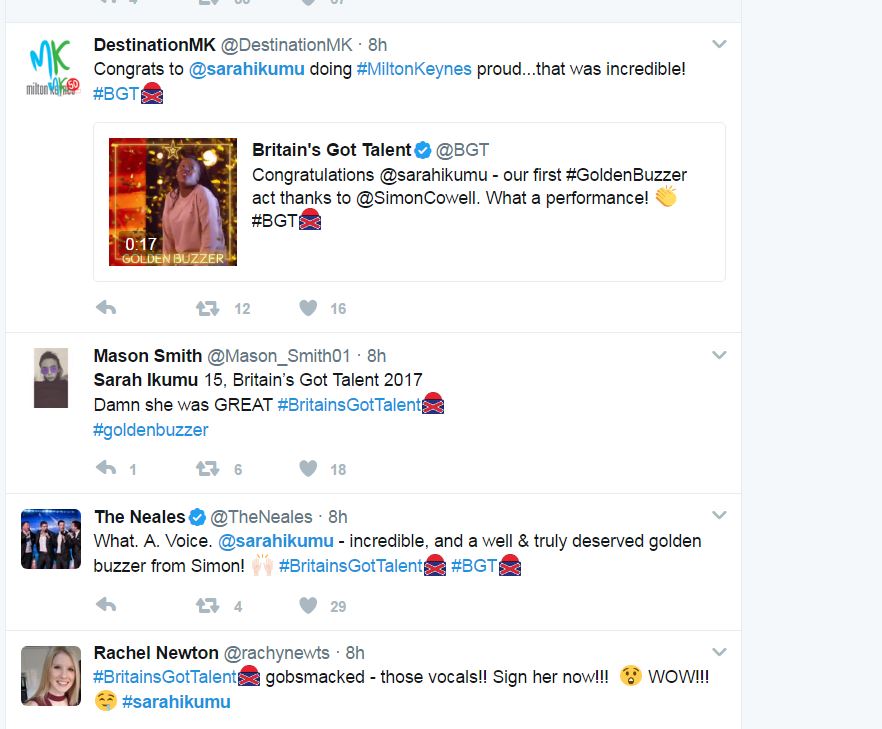 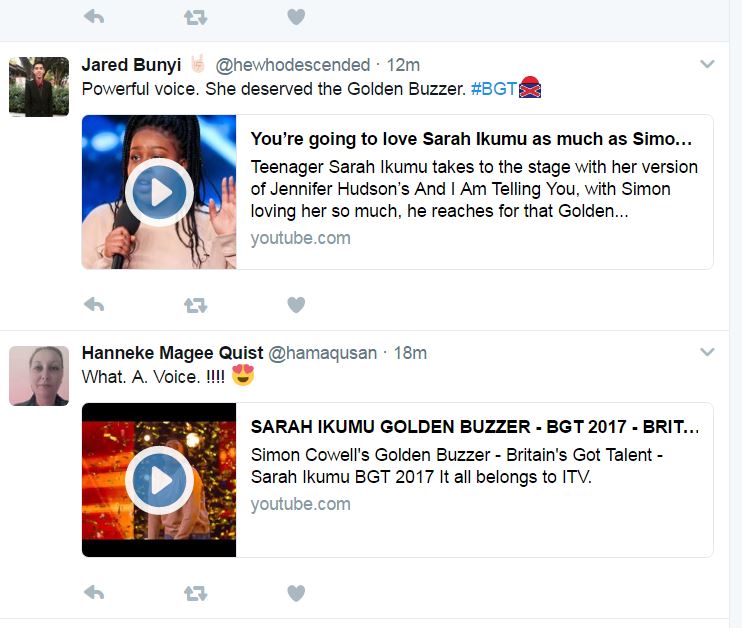 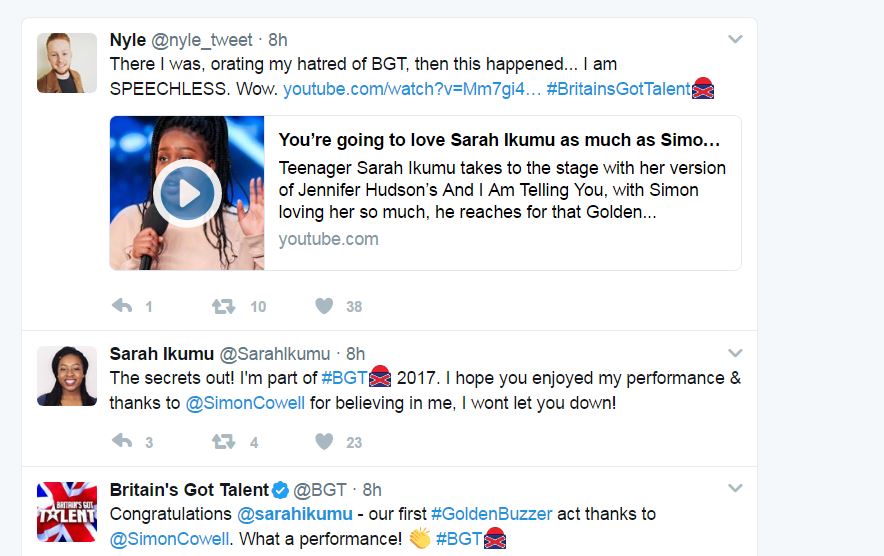 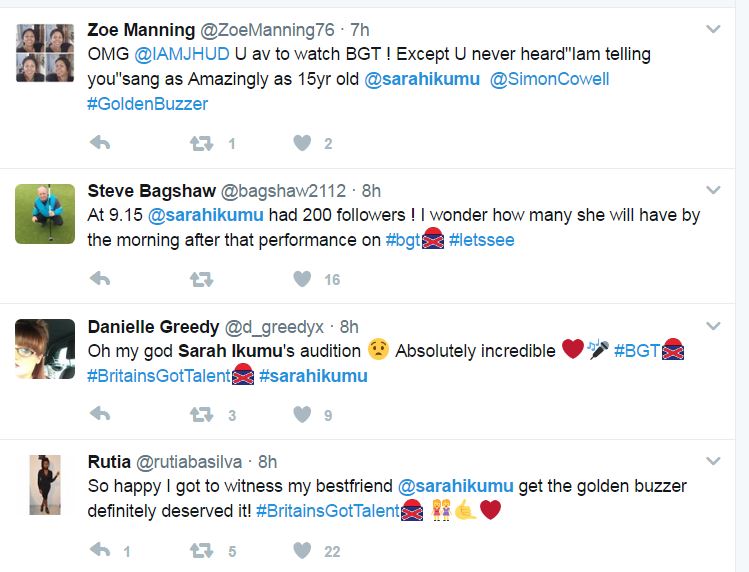 Here is the video of her performance