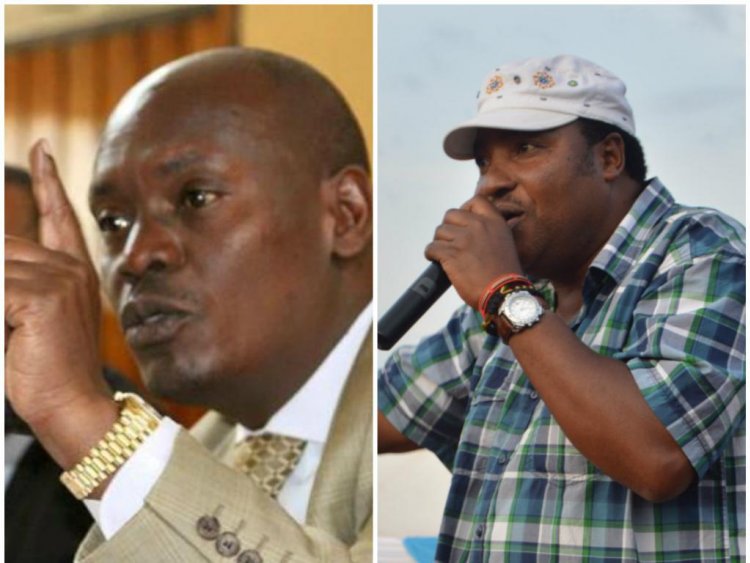 Kiambu Governor William Kabogo will be on the ballot box in the August polls as an independent candidate setting off another battle with his political nemesis, Ferdinand Waititu.

Kabogo who was handily defeated by Waititu in the Jubilee party nomination process said that he had made the decision after consulting his wife, Kiambu residents and friends.

“Having consulted my wife, Kiambu residents and friends I hereby announce my independent candidature…I will be on the ballot. At the end of the day, we are one people with the same dream,” Kabogo said.

Kabogo said that he had met with a lot of people and had received numerous calls on the next cause of action.

“.. this is not my fight it is our fight. it is not about who is stronger at spreading propaganda but about the vision that will take us where we need to be. That is the vision that consumes me,” he said.

He said that he is ready to make Kiambu a better county if the people would give him a second chance.

“As a team we will have some work to do, that is the power given by the people. For those who had a little faith, I want to promise everyone that I will give you the best whether you are a Kikuyu or Luo or any other tribe,” he said.

Pointing to his defeat in the Jubilee nominations, Kabogo insisted that they were flawed and said he will not be swayed and was ready to face hurdles ahead of the polls.

“The elections had many flaws and since our campaign was about transformation, we have the evidence that there was rigging,” he said. “My silence was as a result of the peace pact that I signed. The younger Kabogo would have handled things differently.”

During the primaries, Kabogo conceded defeat early as the results trickled in showing him trailing significantly.

Days before the contest, he had caused an uproar after making comments that were seen to be demeaning to women.

Funds appeal for Kenyan man who drowned in a river in…