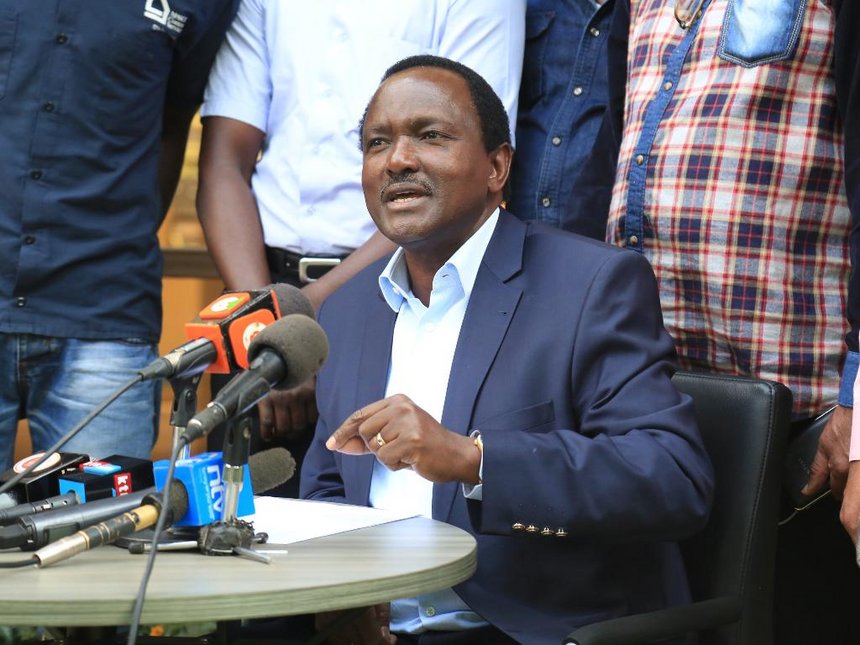 The Kenya Police have said that NASA Co-Principal Kalonzo made false claims about an attack at his Karen home to legitimize his absence at Uhuru Park earlier that day.

Kalonzo had earlier stated that he missed the “swearing in” ceremony because his bodyguards had been withdrawn and cited security fears.

They said that the Wiper leader called them earlier on Tuesday night claiming that his house was under attack. When the officers arrived at his home, he was outside holding a live bullet and a grenade pin in his hand.

Kalonzo claimed that his security detail was withdrawn on January 30 but officers gave him two armed bodyguards to protect him.

Upon being interviewed, the bodyguards confirmed that they heard the loud bang but it was not at Kalonzo’s residence saying it was in the neighborhood. This contradicted what Kalonzo told the police earlier.

The bodyguards also said they had not recovered anything from the compound.

Bomb Squad Unit head Eliud Langat, the DCI’s Nicholas Kamwende and other top police officers combed the compound during their investigations but did not recover spent cartridges at the home.