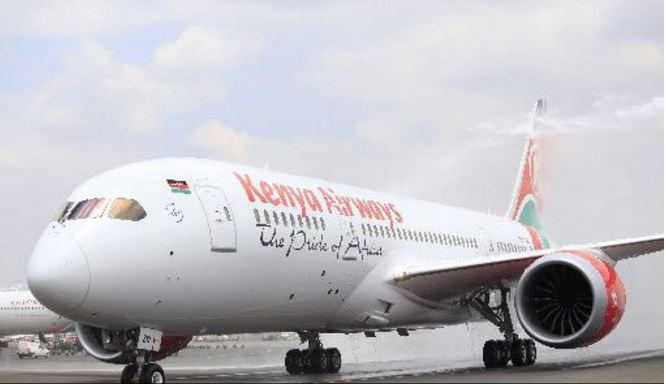 Kenya Airways has been granted exemption authority and tentatively a Foreign Air Carrier Permit (FACP) by the US Department of Transportation (DOT).

The application of the FACP was lodged in April this year and was one of the final pieces needed to give the Kenyan carrier the green light to fly to the US.

“The authority sought by the applicant is encompassed by the U.S.-Kenya Air Transport Agreement,” it said. “We, therefore, find that grant of the requested exemption authority, for a two-year term, or until the requested permit authority becomes effective, whichever occurs earlier, is warranted.”

KQ still has to obtain safety authority from the US Federal Aviation Administration (FAA). The authority is commonly referred to as Part 129 Operations Specifications.

The airline plans to start service to the US using its own planes in April 2018 but in the meantime, it will code-share with an American airline.

A code-sharing agreement is expected to be in place by October of this year barring any setbacks.

The last piece of the puzzle will be a final audit to be conducted in October by the US Transportation Security Administration (TSA) on Jomo Kenyatta International Airport.

Upon successful completion of the audit, KQ will receive the Last Point of Departure status that will allow flights from Nairobi to fly directly to the US.