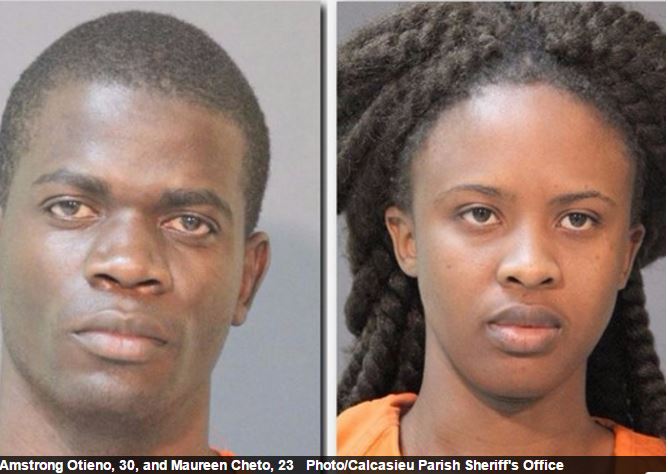 A Kenyan couple in Louisiana was arrested after they left their two year-old sleeping in their car while they gambled at a Lake Charles casino last week.

Maureen N. Cheto, 23, and Amstrong H. Otieno, 30, both of Leesville, were arrested when their son was found alone in the car at the Casino’s parking lot.

The child was found by officers from the Calcasieu Parish Sheriff’s Office.

The Kenyan nationals were charged child desertion and booked into the Calcasieu Correctional Center.

Deputies were called to the casino parking lot on Friday after the boy was reported to be unattended in a parked car left at the lot.

Deputies unlocked the car and retrieve the boy and casino security located the parents on the gaming floor.

The couple admitted to deputies that they did indeed leave the child sleeping in the car as they went to gamble.

A family member of the couple took custody of the child after the incident.

The boy was released to the custody of another family member according to the release.

After detectives reviewed surveillance footage, it was determined that the child was left in the car for more than an hour.