Kenya is minting new millionaires and multi-millionaires every year. Some are not household names while some are. They are building multi-million and billion dollar empires in various industries in Kenya ranging from real estate to constructions.

Here are some of the multi-millionaires who own assets values at Sh5billion or more.

Adil Popat is the CEO of Simba Corporation (Kenya) which initially was engaed in motor vehicle distribution. The corporation has expanded into hospitality and real estate sectors.

Popat is the owner of Villa Rosa Kempinski hotel in Nairobi which is managed in conjunction with the Mara Camp. He also owns the developing 94 room hotel at the Acacia mall in Kisumu. He also plans to open a new hotel on Mpaka road Westland which will contain 168 rooms.

He was born in Kenya and went to school in the US. He worked for Deloitte and Hilton and ran hotels in Portugal for seven years.

Zedekiah Kiprop Bundotich is the founder of Kenya’s Buzeki Group of companies which brings together businesses in the transport and dairy industries.

In 2013, Brookside Dairies owned by the Kenyatta family bought a Sh1.1 billion stake in Buzeki Dairy making it the majority shareholder.

Narendra Raval is the founder of Devki Group and is one of Kenya’s most successful entrepreneurs. The Group plans to invest Sh28.3 billion to introduce Kenya’s first car-grade metal sheets and boost its cement production.

Devki was also spending up to Sh21.7 billion to boost production capacity at its National Cement plant in Machakos which produces the Simba brand of cement.

He is also one of the country’s most devoted philanthropists- spending millions annually on scholarships for thousands of destitute children and rehabilitating schools. 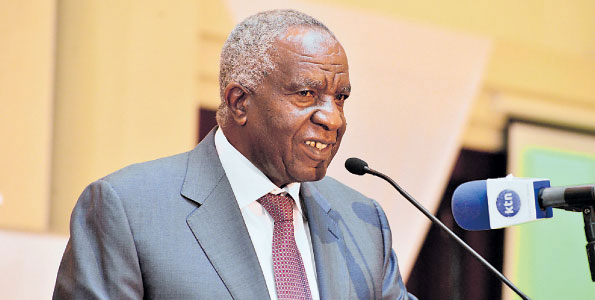 Peter Munga, 74, is the founder of Equity Building Services which is now knwn as Equity Bank. He currently owns less than 0.5 percent of the bank. Most of his fortune comes from his 26 percent stake in Britam Holding, a listed financial services giant. He is estimated to hold  more than $50 million of shares at Britam. He is also a major shareholder of Equatorial Nuts,a leading macadamia processing companies in East Africa.

Peter Muthoka is the founder and CEO of Acceler Global Logistics, one of Kenya’s largest freight and logistics companies with annual revenue in excess of $50 million. In 2014, he sold his stake at CMC Motors for $20million to the Al-Futtaim Group of the UAE.

In May 2017, he pumped over Sh80 million into the Jubilee party affiliated Ukambani MPs campaigns.

Jimnah Mbaru is the Chairman of Dyer & Blair, the country’s leading investment bank. The firm has more than $300 million in assets under management. Mbaru recently sold 5.5 million shares of Britam Holding earning him a cool Sh56.6 million. His stake in Britam is currently valued at over $10 million which is about 194.8 million shares. He held about 200.3 milion shares in December 2015. He also owns stakes in Equity Bank and Transcentury Group, an infrastructure company.