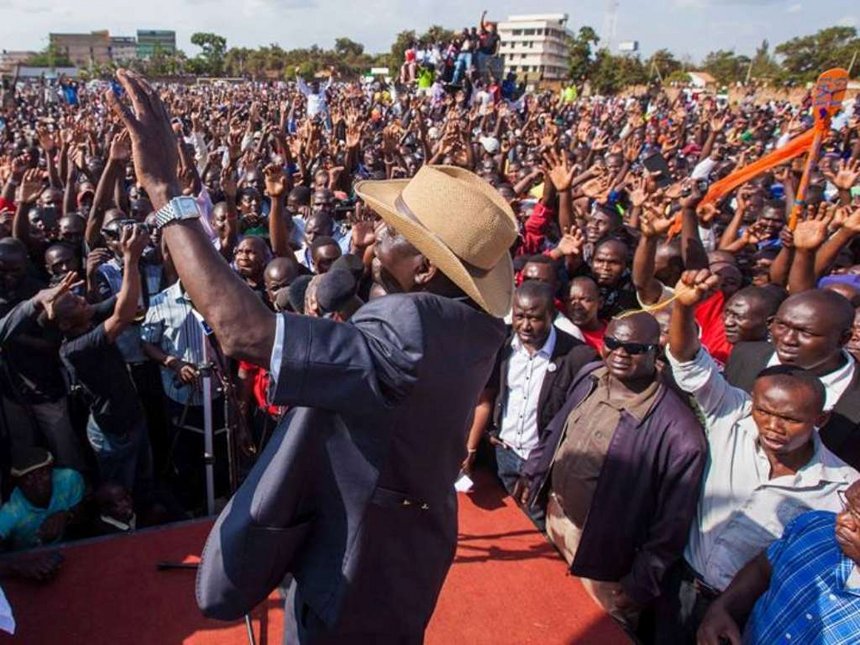 The latest poll from the Radio Africa Group shows Raila closing the gap with Uhuru in the presidential election race.

According to the survey, 40 percent of Kenyans support Raila Odinga for the presidency which is a sharp rise from the 24 per cent who supported him in March.

In the new survey, President Uhuru Kenyatta has 49 percent support down slightly from 51 per cent he had in March. The gain by Raila seems to be coming from those who were undecided and those who supported other smaller candidates.

This poll puts Raila just 9 per cent behind Uhuru after lagging well behind the incumbent in previous polls. He at one point trailed by 30 per cent.

This is the first opinion poll since Raila became the NASA flagbearer on April 27, and Kalonzo Musyoka  was tapped as his running mate.

US based Nickelodeon and Viacom suspend cartoons after Kenya lodges complaints