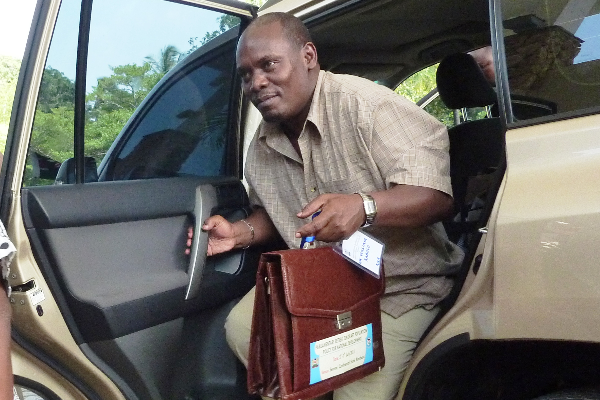 When Kiambu county Jubilee nominations results were announced, it was a not a surprise to many. In fact, many expected incumbent Governor William Kabogo to lose.

What many did not expect however is the thumping that he received from the eventual winner Ferdinand Waititu.

Never mind that this was his home turf.

The battle for votes did not go unnoticed on Twitterville and it was famously dubbed the “Punjab derby” as the two studied at Punjab University in India. Kabogo had taken Waititu to court disputing his credentials. 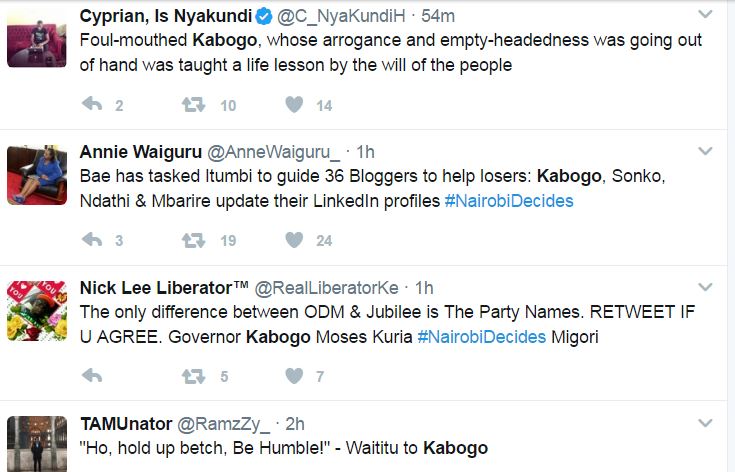 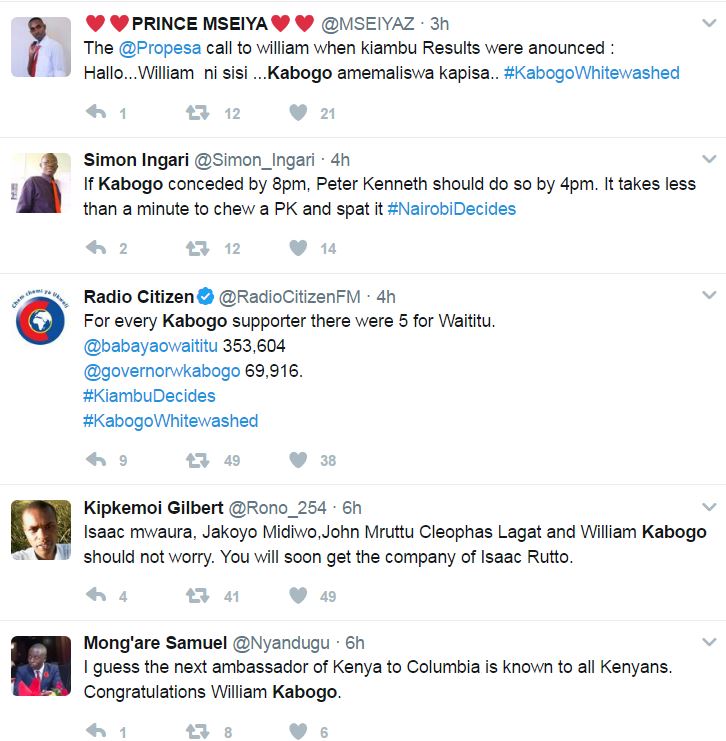 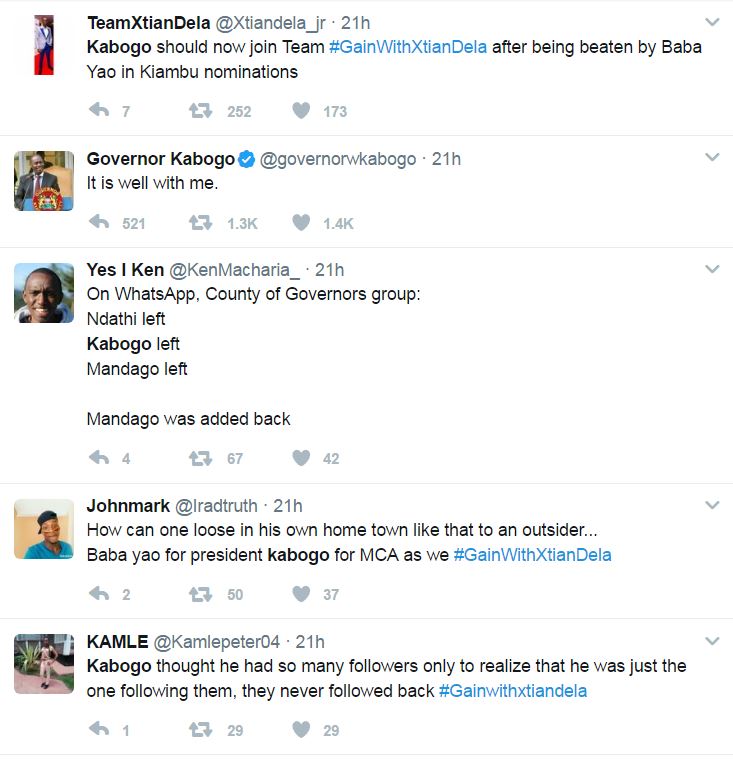 Kabogo only had little to say tweeting..”It is well with me.”

US based Nickelodeon and Viacom suspend cartoons after Kenya lodges complaints