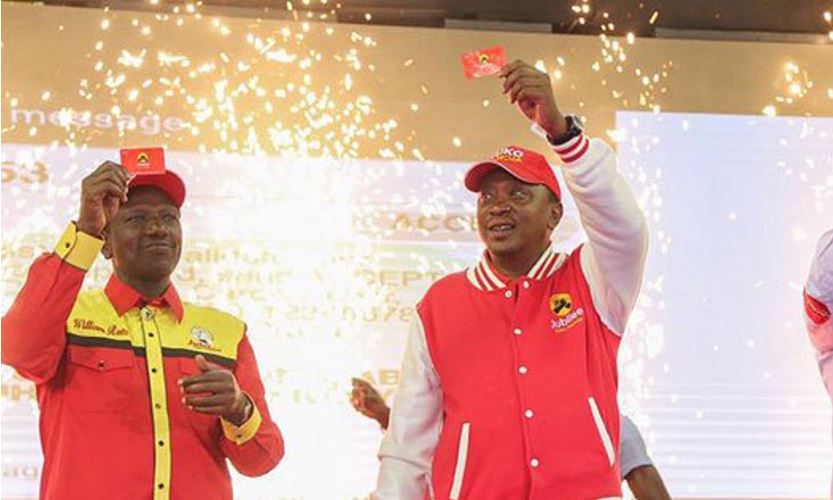 President Uhuru has decried the “unnecessary” competition between national and county governments urging them to complement and work together to foster development .

He said that it is time for the competition witnessed in terms of development projects to come to an end.

“We should do these things together…my hope is that as we move forward, this transformation journey should not be a competition,” he said at the launch of the information portal on Monday.

“If we did not have such weird thinking by some governors, we would be doing things together.”

The President castigated those governors who believe that the national government cannot and should not initiate development projects at the county level.

He said there is no system in which in which counties and the national government are separate and that we are all Kenyans with the same national interests.

He pointed to Mombasa where he said that any projects launched in the county are for the benefit for the people of the county.

“We promote tourism to create opportunities for youths,” he said.

During his recent visit to the county, Uhuru barred Mombasa governor Hassan Joho from attending the relaunch of Mtongwe ferry services.

Joho was blockaded by a contingent of heavily armed police officers at Nyali bridge as speculation grew that he had been ordered arrested.

On the same day, Uhuru later asked him to stop following as he was not his wife and asked him to focus on Mombasa issues.

He said that Joho tagged alongside him during launch of county projects for photo op purposes.

The Governor had accused Uhuru of joy-riding on donor-funded projects which were initiated during the coalition government.