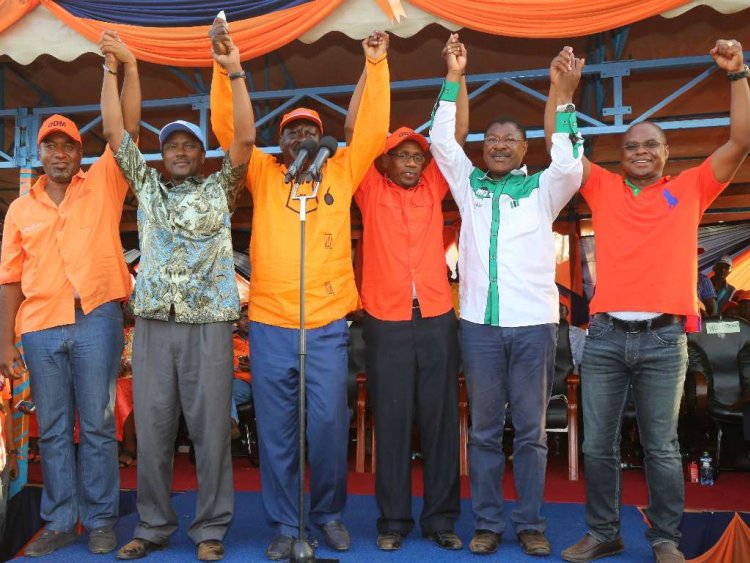 The team of observers include the US, UK, Canada and Germany who have sent several observers to Orange House – the ODM headquarters.

The four countries have a keen interest in the country’s electoral process and financially support the process through the Independent Electoral and Boundaries Commission (IEBC).

“We are keenly monitoring the nominations as part of our normal election monitoring process,” Pannel Jamie, from the Canadian High Commission, said.

This is a departure from the norm as development partners in the past only monitored the General Election and not party nominations.

Additional countries from the European Union (EU) are also monitoring the ODM nominations as well as those of the Jubilee Party.

The observers are watching keenly as the results from various parts of the country trickle in.

One of the major point of focus for the observers is the dispute resolution process which ODM has been touting for several years. ODM leader Raila Odinga has in the past said that his party lives up to democratic ideals.

The observers also interviewed aspirants and their supporters who had camped at the party headquarters.

Observers have also been stationed at ODM hotspots which include  Siaya, Busia, Kisii, Migori, Homa Bay, Kisumu, and Nairobi.

Some aspirants who lost in their races protested against the results and demanded that they be handed nomination certificates instead of those who had been declared winners.

The observers will at the end of the process compile a report which will be made public.

The foreign officials have been accredited by the IEBC and ODM.