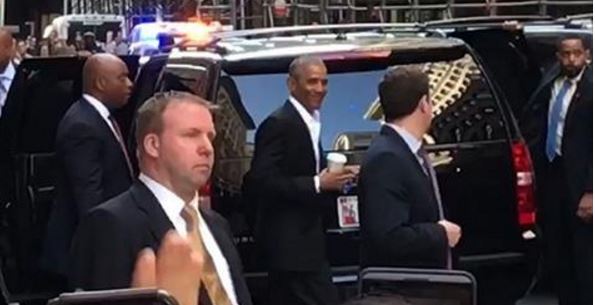 Hundreds of onlookers caught a glimpse of former President Barack Obama who had just finished attending a meeting in New York and they could not contain themselves.

Obama left the meeting on New York’s Fifth Avenue and then stopped for a cup of coffee.

A crowd that had gathered outside went into full mode excitement after he stepped outside with a cup of coffee. You think they miss Obama now?

Obama casually getting some coffee outside of the DoSomething office. pic.twitter.com/bWqfPjc0Ix

Susan Kihika back in Nakuru Senatorial after court dismisses decision to…

This US citizen went to pick up his family in Kenya,…