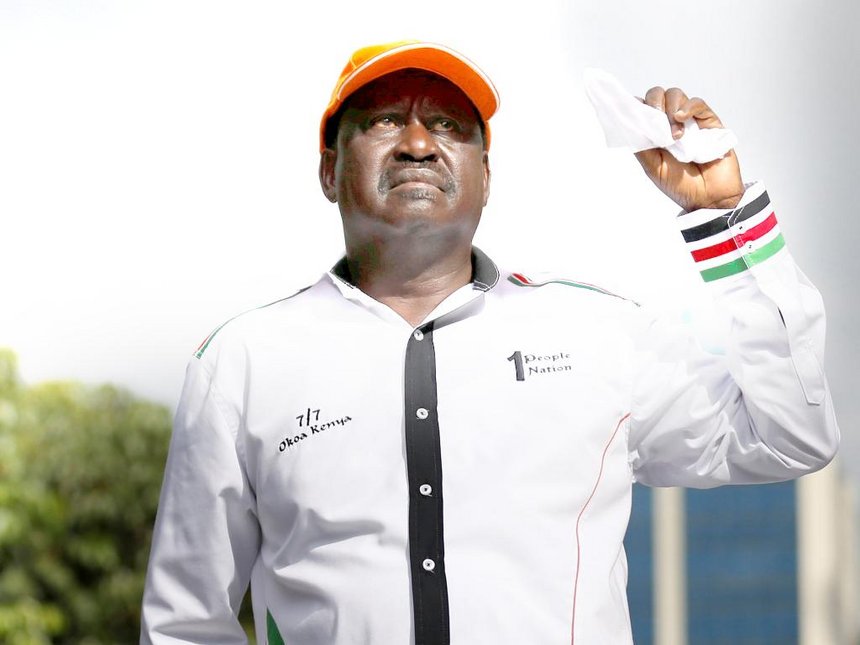 NASA flagbearer Raila Odinga has said that he will dismantle white-owned ranches in Laikipia to prevent chaos should he ascend to the Presidency in the August 8 polls.

Odinga made the statements at a time when ranches in parts of Laikipia County have been a source of violent confrontations between herders and owners due to constant invasions.

Speaking to a British Paper, The Times, Raila said that the owners of the ranch do not even reside in Kenya but reside overseas.

“These ranches are too big and the people don’t even live there; they live in Europe and only come once in a while,” he said.

“There’s need for rationalisation to ensure there’s more productive use of that land.”

The opposition leader cast the blame for the violent clashes on the ruling party jubilee and the ranch owners. He said Jubilee has failed to manage the ranchers better.

However, NASA spokeswoman Kathleen Openda has dismissed the reports as fake new saying that Mr Odinga did not make the utterances.

“This is fake. Raila has not and cannot make those kind of remarks. He is responsible enough to know that land issues are sensitive and those reports can only be termed as fake news,” said Openda.

As biting drought raged in the area, herders drove their animals into private farms and ranches spiking insecurity in which over twelve people have been killed including British rancher Tristan Voorspuy.

Various lawmakers in the region have pointed a finger at politicians seeking votes from particular ethnic blocs ahead of the election.

Susan Kihika back in Nakuru Senatorial after court dismisses decision to…

This US citizen went to pick up his family in Kenya,…