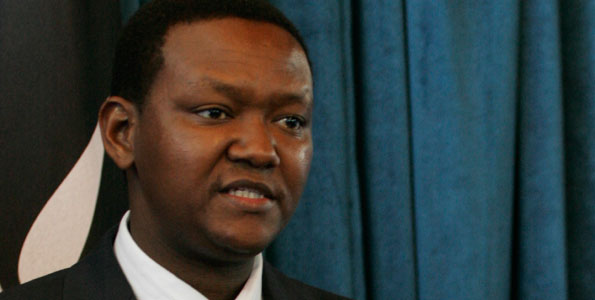 Machakos governor Alfred Mutua rubbished NASA leaders “swearing in” planned for Tuesday next week saying that it will paint Africa as a shithole.

Mr Mutua said that Raila Odinga and Kalonzo Musyoka’s swearing in will only serve to scare away investors as it is a recipe for disaster.

“This swearing-in business by NASA is another example of why some people consider our continent to be a shithole continent. How do you get sworn-in when a tough Chief Justice [David Maraga] has already sworn-in another leader? Only in Africa. Shame!

He added that the planned ceremony is tantamount to planting seeds of civil war “which will turn our nation into another Somalia and Sudan’.

Mutua urged Kenyans to start questioning themselves on where we are going as a nation.

“Politics should be done to achieve development, not scare away investors,” he said.

Mutua said that people who have already accumulated property worth millions of shilling are pushing for the inauguration which will be considered treason.

“Urge our friends to please forget about these shenanigans and work towards developing our country,” the governor said.